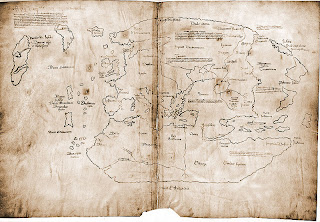 In the fall of 1943 CE, Italian scientist Salvador Luria conducted an experiment on the replication of viruses in bacteria. The experiment was designed to study genetic mutations. Midway through the experiment, Luria was blown off-course when bacteria began to show random traits from prior replications. Luria completed his experiment, but not before glimpsing the promise of structured genetic encoding – the protein-laden hills of a distant shore. Ten years later renowned American researcher James Dewey Watson listened. In 1953 CE, Watson, with fellow researcher Francis Crick, designed the first structural model of DNA. Fifty years later, in 2003 CE, under the early direction of James Dewey Watson, and later, Francis Collins, the Human Genome Project (HGP) created the first map of the human genome. I’ve seen the map and I suspect most people don’t know that the map has not been completed. There are still heterochromatic areas that remain unsequenced.

It is estimated that a full 8% of the Human Genome is not included in the map… 8%… I paid attention in 1st grade most days so I know the map is 92% complete… do you think that 8% could make a difference somewhere, somehow? The United States (50+ DC) total area is 3,794,083 square miles; the next time you draw it leave out California, Florida, all of New England, and Delaware – that would be 8%.

So they’ve almost mapped the human genome… so what? What does that mean? Realistically, it means nothing relative to what it will mean 100 or 200 years from now. Although it is the first attempt at written representation of our essence – that which makes us unique from our planet mates – to ignore that it is a thin beam of light in a broad and dark space would be reckless, irresponsible, even dangerous to future generations. So why does the general public blindly accept the current iteration of the genome map as final and accurate? Because it speaks to things you need a PhD and a Nobel Prize to fully understand? Because those who do possess these accolades say it’s so? Personally, I suspect it’s just a rough draft. I maintain it might be no more accurate a map of my genome than the Vinland map is of my continent.

Now, I know a continental land mass is not the human genome… but think about it. Which one (from the standpoint of accuracy) would be the more challenging project: a continental coastline map using Viking Age technology or the Human Genome map using 21st Century technology? I say it would be easier to map the coastline. The Vikings were a very, very adept seafaring people and group of explorers. If the coastline project was less difficult or even as difficult as the Genome Project and the Vinland map proved to be that distorted, can we assume that the Genome map is without any error? There is more left to discover about our genetic code than is known now and can be imagined… combined.

It should be noted that there is concern that the Vinland map parchment might be a forgery. But make no mistake; the fact Eriksson sailed the coast of North America is not in question. The document itself has been date-tested and the findings are conflicting. Most research groups say the evidence corroborates the dates claimed by the map’s champions (1440), while others say the evidence supports the critics. But regardless, the historical record is clear and unrefuted: the map’s information concerning North America (i.e. the coastline) is accepted by mainstream science as being the cartography as recorded by the Viking explorers Bjarni Herjolfsson and Leif Eriksson.

So there you have it. My logic for thinking the Genome Map is something to be cautiously excited about; excited because it is the first draft of something truly amazing; cautious because it is not complete; excited because, like a detective’s notebook, the answers are right there – even if hidden for now; cautious because sleeping around the corner is a monster – one we will be unable to contain once awakened (and trust me – we will want it contained)…
Posted by Scoop on 9/08/2008 11:15:00 PM
Email ThisBlogThis!Share to TwitterShare to FacebookShare to Pinterest