Waxing-off vs. The Real Thing... 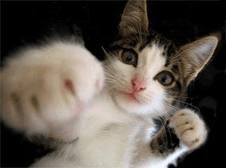 Recently, I've realized that an experience one afternoon in college was to become one metaphor for how an awful lot of people enter into debates ill-prepared due to their own lack of desire to seek the facts before forming their opinion or broadcasting someone else’s.

In college there was a guy who roomed and played rugby with us who studied Karate – from a book. I’m sure he never earned a belt. What he did earn was a reputation for being the guy that told you to come at him slowly like you had a knife. After two or three restarts he would flip someone to the floor and proudly proclaim his status as a master of something-or-other. One afternoon over a few pints of Guinness we all watched the Master get the Bruce beat out of him by a guy on the tennis team. Apparently his Ninja-like discipline didn’t apply to his lips. Or, perhaps Martina hadn’t come at him as slowly as he’d been practicing. In the end, the pints of Guinness dulled grasshopper’s wounds, we laughed our asses off, and life went on...

Most people make the same mistake as our old Karate Kid roommate. You see, all the wax-on, wax-off preparation in the world can't ready you for anything if your preparation isn’t a rigorous test of what is to come. If boxers could become great from shadow boxing alone, anyone with 5 square feet of floor space could be world champ over time. Waxing-off is fine – but it’s really not the Real Thing. You’ve got to spar too. For all the bragging-masters waxing-off out there, you’d think fewer people would be walking around in the dark thinking it’s sunny but that’s not the case. Very few people take the time to forge their opinions from facts they themselves have researched – so…they’re just waxing-off.

Our Daniel-son mouthed off and ambled into a fight having only waxed-off and got his 靶垛 kicked. Here’s the reason I bring all this up: those that know most people just wax-off and rarely get in the ring to do any real diligence, lure them into the ring and prey on them. It’s not that these opportunists don’t see the value in educating the waxers; they just see more value in exploiting them. I usually try to educate rather than exploit. I would love to say it’s because I’m a good guy, or I want to do my part, but the truth is I just find it is easier to call bullshit, reeducate and move on than waste time lingering. Actually, you can’t find much value in exploiting the waxers anyway…

Whether it’s politics, current events, or how our DVRs rewind live TV, we either understand it or we don’t. If you don’t and wish you did, educate yourself with the facts. Take the time to do your diligence and truly form an opinion – an educated opinion. If you don’t and you’re happy there in the dark, fine. But don’t try to pop out every now and again and act like an expert in matters you haven’t researched.

Look, I am hardly always right. As if. But I do try to make sure I have researched a topic exhaustively before I stick myself in the ring. Plus, the final outcome from due diligence is ultimately only an opinion – but one backed by fact and certainly a more respected one.
Posted by Scoop on 8/16/2008 03:44:00 PM
Email ThisBlogThis!Share to TwitterShare to FacebookShare to Pinterest