Phelps over Spitz is hard to Swallow… 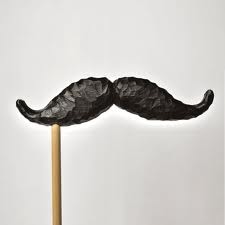 OK. I gotta know… does anybody else wonder about Phelps' achievements? So no one misunderstands my angle, indulge me. Step inside my head for a spell. I’ll spill my thoughts out for you in detail to nosh on, then you decide.

Modern sports have become mired in controversy over drug use and doping. The fundamental rationale for the World Anti-Doping Code (which is wholly adopted in toto by the IOC in the Olympic Charter) is “to preserve what is intrinsically valuable to sport.” The code states intrinsic value is characterized by ethics, fair play and honesty; excellence in performance; and health. It’s a few of these that got me thinking… I’ll start with a ridiculously simplistic scenario then move into a more complex one.

Let’s assume the deficiency is physique, and the drug is hGH. The medallist is stripped, disgraced, and may or may not be expelled from the sport. Now, imagine for a moment the deficiency they both suffer is severe bronchitis and the drug is Azithromycin. No problem. Results stand and medals are kept. But what if the second sprinter doesn’t take the drug because it is unavailable to him?

I know what you might be thinking, that’s stupid Scoop. There isn’t an NOC on the planet that doesn’t have access to basic antibiotics. Yes, I know that. I’m just saying what if the non-doper doesn’t take the drug because he literally can’t. What if there are disadvantages to certain countries athletes because that country’s NOC doesn’t have the same technological advancements as others? What if there is a better antibiotic that wasn’t available to one sprinter but was to the other? And, couldn’t this extend beyond antibiotics to equipment? The IOC strives to maintain fairness, but gives guidance on specialized equipment only in as much as to say that any publicity concerning the equipment must be submitted to the NOC concerned for approval. In other words if a country has a high-tech tracksuit any publicity concerning that suit must be approved by that Country’s NOC.

I said the first example would be a ridiculously simplistic scenario, right? So here is the more complex sequel: What if there was a swimmer who didn’t have the training facilities; team of massage therapists, physicians, coaches, dietitians; or a $600 high-tech, space-age, shove-the-fat-from-my-ass-into-my-pecs swim suit? If our tech-poor swimmer is swimming against those that do have all the above, is there a fairness issue? If one of the goals of the games is to promote fair play, shouldn’t we make sure all Olympians are equally equipped or equally not equipped? If we won’t allow pharmaceutical enhancements, why allow the technical enhancements unless they are universally available?

I am very impressed by and proud of our accomplishments in the Olympics, but in a lot of ways I find myself rooting for those Olympians who stand to win a medal in spite of the competition’s overwhelming technological and financial advantages. (Itte Detenamo from Nauru comes to mind. He is the only Olympian from his country. I plan to be his biggest fan outside of the 8.1 square mile Micronesian island nation. It would be sweet to see him Medal in Men’s Weightlifting +105kg)

All this said I believe Michael Phelps to be one of the greatest swimmers in history. Phelps, in my opinion, would have won most of his gold medals without his space suit, but not all; and he would not have set 7 world records. Then again, and listen up critics, he set a world record in the 200 meter butterfly in spite of water-filled goggles – an equipment disadvantage, so maybe I’m wrong…

The media compares Phelps to Mark Spitz. It would be something to see the two of them equally matched with (or without) the suit go head to head. It would be one hell of a race all things being equal, but they’re not.

Of course, I’d insist Phelps grow a dirt squirrel…I figure stash-drag had to cost Spitz at least a tenth…
Posted by Scoop on 8/18/2008 01:57:00 AM
Email ThisBlogThis!Share to TwitterShare to FacebookShare to Pinterest